Despite the difficult market conditions, Vision Super has delivered strong results. Our pension option was the number one performing option in the country, and our default Balanced growth option (where most of our members are invested) had a modest positive return of 1.96% for the year ending 30 June 2020.

While this wouldn’t be a great achievement in other years – Balanced growth has returned a healthy 8.13% over ten years – with the current pandemic and resulting economic downturn, it’s a solid return in context and puts us in the SuperRatings’ top ten performing MySuper options for 1, 3, 5, 7 and 10 years:

We also had the top result of any option of any fund with our Innovation and disruption option returning 44.9% for the year ending 30 June – an outstanding result in any year, but particularly exceptional when returns are so low. Innovation and disruption allows members to invest in leading-edge innovating companies across industries like technology and health care – industries that have out-performed during the current crisis.

The June quarter was very strong for risk assets, equities and credit, following a sharp meltdown at the end of the March quarter due to the COVID-19 pandemic. The background to the strong quarter was massive fiscal and monetary stimulus from countries that could afford to undertake it. The US Federal Reserve printed more money over the June 2020 quarter than over all of 2008 and 2009 combined. The US government announced spending measures of 10% of GDP, stimulating the economy over the same period. Packages in other developed nations, including Australia, were of a similar scale.

The bottom for equity markets was on 23 March. April saw strong returns for equities as markets continued to factor in good news and benefitted from surging liquidity. April saw Italy and other European countries begin to contain the virus, and developed countries’ governments and central banks increase stimulus. Technology companies continued to benefit throughout the quarter as online activity continued to ramp up. The announcement by the US Federal Reserve in April that it would buy high yield bonds unfroze credit markets and led to a strong rally in credit.

May saw a continuation of strong markets as lockdowns continued to have an impact on infections across the developed world, with new cases falling in most major economies including the US. As developed nations began to ease lockdown, economic data improved, with retail sales beginning to rebound sharply albeit from low levels and markets continued to surge.
Confidence also began to rise that effective treatments for the virus would be found and eventually a vaccine.

June was less positive for most markets. Markets peaked early in the month as it became clear that some countries had come out of lockdown too early (notably the United States) while less developed countries continued to see a surge in new cases. Volatility in markets gradually eased over the quarter.

We expect that interest rates will remain very low for some time and that governments will continue to supply fiscal stimulus to try and sustain their economies. Recent events indicate how difficult it is to emerge from lockdown and keep the virus under control, with many communities experiencing second waves. A breakthrough in vaccine or treatment would be very positive for our investments. For many emerging nations, suppression is unlikely to be possible and huge public health crises (potentially followed by a significant level of immunity in the population) looks likely. This will lead to additional stress in global economies and we are likely to see tensions rise, for example US-China tensions, and a possible flare up in the trade war. For Australia, the tensions between our largest trading partner and our strongest ally are particularly problematic and we have already seen some adverse consequences in our trading relationship with China.

From a markets perspective all this is likely to mean an elevated level of volatility but a return to the extraordinary market conditions of March 2020 is unlikely.

Disclaimers: Past performance is not an indication of future performance.

The risk rating of Innovation and disruption is very high. This option is designed for members who are prepared to accept an aggressive asset allocation with the potential for high returns, but an increased risk of a material negative return. If you want further information or advice on selecting the right investment option for your life stage and risk tolerance, please call our Contact Centre on 1300 300 820 to make an appointment to speak with a financial adviser.

The global macro environment has shifted dramatically since the beginning of the year, fuelled predominantly by the outbreak of the coronavirus teamed with a shock to oil prices. Equity markets across the globe have recorded dramatic falls with all sectors being impacted, albeit to different degrees. Oil prices are down nearly 50% and equity markets are generally down around 30% wherever you look around the globe.

In February, China imposed drastic measures to curb the spread of the coronavirus including lockdowns of factories and in some cases whole towns along with school shutdowns. Although the authorities are now stressing orderly resumption of work and production, economic data suggests the economy has yet to restart in a meaningful way. Governments around the world have announced both monetary and fiscal measures to support their economies with the US Federal Reserve cutting rates a full percentage point to 0% and the RBA also announcing a cut to rates to a record low of 0.25%.

The Australian dollar depreciated further against major currencies in February and broke through the 60 cent US barrier and is currently in the mid 50’s versus the US dollar. This will make the Australian economy more competitive against other economies and also has helped cushion some of the fall in overseas stock markets. Listed property and infrastructure followed the downward trend of equity markets and produced negative returns for that month.

The above-mentioned volatility has impacted investment option performance. Unit pricing and monthly performance can be found on our investment pages of the website. Here’s an update of our performance financial year to 18 March 2020, along with our longer-term performance.

Please remember all investments have risks and that like any other long-term investment, you can expect your super to have ups and downs, which can be caused by global events.

The ups and downs are normal – because the value of the assets (like shares) that your super is invested in also goes up and down. If you see your super balance go down, it can be tempting to make a change to a more conservative investment option, like cash. But when it comes to super, it’s important to focus on the time your super has left to be invested and have an investment strategy that’s right for your personal objectives, situation and needs.

Super is a long-term investment, but of course some people are closer to retirement than others. Younger people may be happy to ride out the blips and recoveries along the way, while others may be more willing to look at other options because they feel retirement is closer. It’s worth bearing in mind that even if you’re retired or coming up to retirement age, your money may still need to be invested for another 20-30 years. Some people see their superannuation balance fall in value and are tempted to switch into a lower risk investment option, but by doing this, they may effectively be selling shares at a reduced value and missing out on the higher returns when markets recover.

Before taking quick action with your super investments, you should consider your personal objectives, situation and needs. Also remember that historical returns are no guarantee of future performance.

Auction clearance rates have recently reached elevated levels and this has coincided with very strong growth in house prices across Australian capital cities.

The global pandemic has created heightened levels of concern around asset valuations, especially for infrastructure and property assets.

September saw positive returns as investors continue to adjust to the ‘new normal’ of the Covid-19 affected world.

The importance of diversification

The COVID-19 health emergency has already taken a terrible toll around the globe, with the impact on the economy significant. Many are out of work, and with falling financial markets...

Build a better future for you and your family

Invest in your future self

You have options when it comes to saving in your super and drawing from it on retirement. Find out which of our retirement products is most suited to you.

Have a question for us?

Insurance and your employees

Our focus is making sure our members retire comfortably, which is why we aim to keep fees and costs as low as possible. Our members haven’t seen an increase in their insurance premiums since 2015, however, in the last few years, many factors have contributed to insurance premiums rising across the superannuation industry.

How do we look?

We are Vision Super and we’re proud to say we’ve been helping members with their super and retirement plans for almost 75 years. Late last year we gave our brand an uplift to reflect an identity that’s deeply rooted in our values and focus of putting members first.

Last year was a difficult one for many in the community. I think most of us are glad to put it behind us and are looking forward to life hopefully returning to normal in 2021 with the rollout of the vaccine.

Can't find what you are looking for? 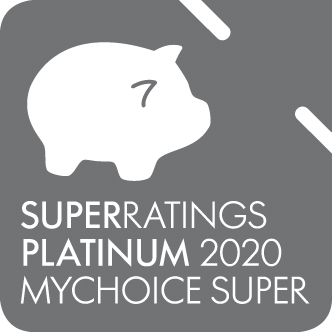 We support the Say on climate change initiative

Vision Super acknowledges the traditional owners and custodians of the lands throughout Australia and pays respect to their Elders past, present, and emerging.
The information on this website is general information only. It is provided to help you understand Vision Super’s products, services, policies and procedures. It does not contain any personal advice because we haven’t taken into account your personal objectives, financial situation or needs. You should consider whether it is appropriate for you and your personal circumstances before acting on it and, if necessary, you should seek professional financial advice. Before making decisions about these products on the website, you should read the appropriate Vision Super Product Disclosure Statement (PDS). Past performance is not an indication of future performance. This website is provided by Vision Super Pty Ltd ABN 50 082 924 561 AFSL 225054 RSE licence number L0000239 is the Trustee of the Local Authorities Superannuation Fund ABN: 24 496 637 884.

Are you a Member?

Are you an Employer?

The great news is you can now open your pension account online through the secure site.

Not a Vision Super member?

You’ll just need to open a Vision Personal account first and then you can transfer across to a Vision Super pension.